For the Dirt Dogs, the road to the winner’s circle was a challenge but nothing the team could not overcome. Kicking off the tournament with four wins, the team took a 16-9 loss against Dynasty to drop down to the loser’s bracket. A pair of wins set up a rematch with Dynasty where Dirt Dogs claimed the 22-12 win and advanced to the Championship Game against B.O.T./TNT.

Despite B.O.T./TNT recording a perfect 6-0 record to advance to the Championship finale, it was Dirt Dogs who emerged as the Men’s Class C Slow Pitch National Champions. Forcing the if-necessary game following a 13-11 win over their opponent, momentum stayed with the Dirt Dogs who took home the trophy after posting a 20-17 win. B.O.T./TNT recorded six-straight wins and outscored their opponents 117-36 en route to the Championship Game, where they succumbed to the Dirt Dogs, who outscored their opponents 171-108. 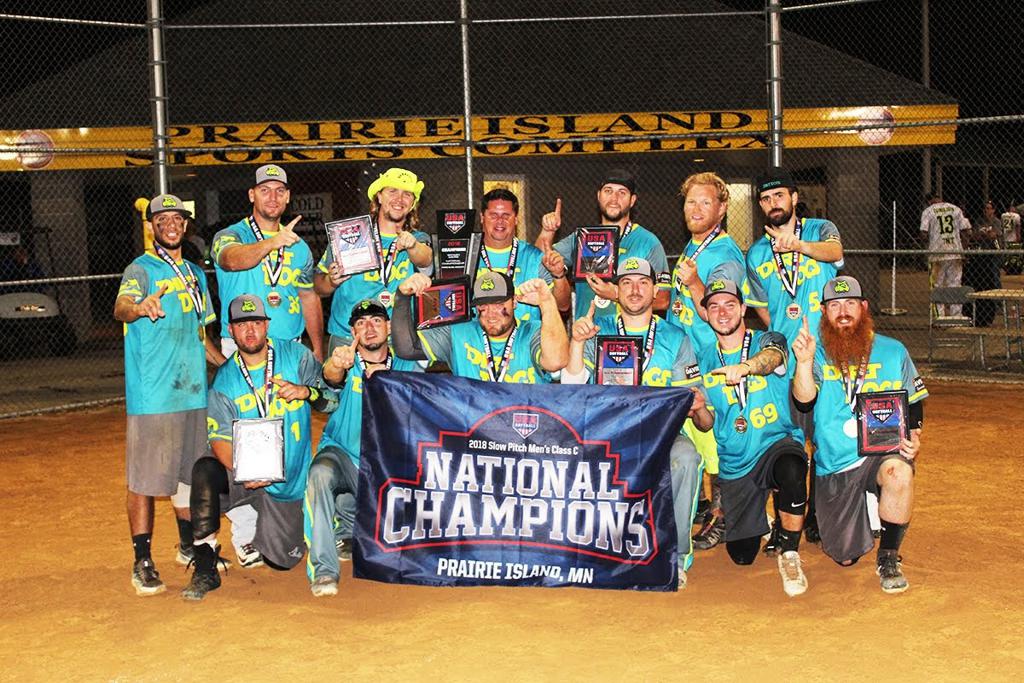